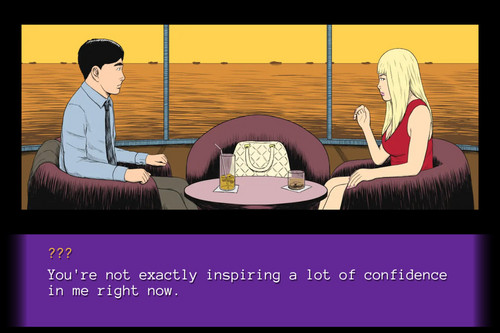 Forgetting was originally released as an interactive webcomic back in 2013. It was my first "game" at a time when HTML5 was starting to get adopted. Because the original Forgetting feels incredibly dated and clunky compared to my newer games, I have remade it using the current frameworks I built A Red Sky at Dawn with.

I never thought I'd ever remake one of my own games, but here we are.  It is nowhere near as complex as my later titles, which might be a good thing for those looking for a more straightforward experience. Give it a try if you haven't read it before or are in the mood for a short neo-noir mystery. If you enjoyed the original, perhaps you'd like to see what has changed too.